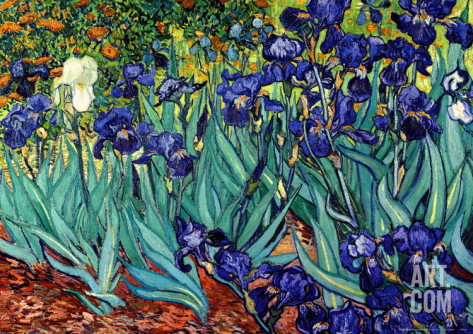 “Irises, Saint-Remy, 1889,” by post-Impressionist Grand Master Vincent Van Gogh (1853 – 1890), depicts the garden of the hospital where he was a recuperating, and was painted a few months before he died. Suffering from depression for most of his life, Van Gogh called this painting “the lightning conductor for my illness,” because he felt he could keep himself well by continuing to paint. The work was influenced by Japanese ukiyo-e woodblock prints, containing strong outlines, unusual angles, and non-literal coloring. Although Van Gogh only sold one painting in his lifetime, “Irises, Saint-Remy” was sold for $49 million in 1987, setting a world record.​